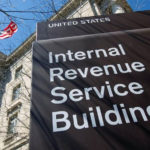 Reynolds T. Cafferata provides comments to the IRS on the guidance regarding donor advised funds proposed in Notice 2017-73. 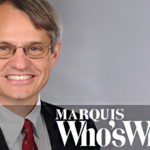 Mr. Cafferata was named 2018 “Lawyer of the Year” for Los Angeles in the area of Non-profit/Charities Law by Best Lawyers

Reynolds Cafferata, JD, has been included in Marquis Who’s Who. As in all Marquis Who’s Who biographical volumes, individuals profiled are selected on the basis of current reference value. Factors such as position, noteworthy accomplishments, visibility, and prominence in a field are all taken into account during the selection process. 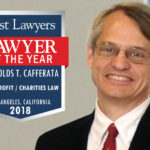 Rodriguez, Horii, Choi & Cafferata LLP partner Reynolds T. Cafferata has been named 2018 “Lawyer of the Year” for Los Angeles in the area of Non-profit/Charities Law by Best Lawyers®.

In addition to being named 2018 Non-Profit/Charities Law “Lawyer of the Year” for Los Angeles, Mr. Cafferata was also included in the 2018 edition of The Best Lawyers in America® in the areas of Litigation-Trusts and Estates, and Trusts and Estates. END_OF_DOCUMENT_TOKEN_TO_BE_REPLACED 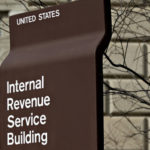 As part of the American Jobs Creation Act of 2004, a new Section 409A was added to the Internal Revenue Code.  Section 409A generally provides that, unless certain requirements are met, amounts deferred under a nonqualified deferred compensation plan for all taxable years are currently includible in gross income to the extent not subject to a substantial risk of forfeiture.

While much of the focus on Section 409A has been with respect to taxable employers, it was recognized that there was an intersection of the standards articulated in Section 409A with the existing provisions under Section 457(f) which specifically covers ineligible (i.e., not subject to Section 457(b)) nonqualified deferred compensation arrangements of tax exempt employers. END_OF_DOCUMENT_TOKEN_TO_BE_REPLACED 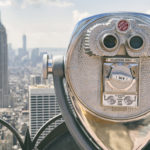 Election year 2016 has something for everyone, including tax-exempt law practitioners. Along with the discussion of Russian hackers and pocket Constitutions have been charges against the Trump and Clinton Foundations involving whether either has violated the laws regarding their tax-exempt status. Many of the charges against both Foundations no doubt are politically motivated and have political and other legal (non-tax) ramifications. Those issues have been well-covered by the media over the past 12 – 18 months. The focus of this article will be on the implications of the allegations, if true, on the Foundations’ tax-exempt status.1 END_OF_DOCUMENT_TOKEN_TO_BE_REPLACED 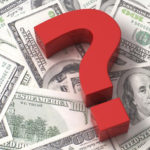 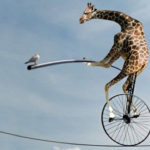 In these days leading up to Election Day 2016, it’s hard not to talk about political issues. For Section 501(c)(3) organizations, it can be tempting to speak up on issues that affect their mission. Indeed, for many, not speaking out may seem contrary to their mission.

Because the presidential candidates have indicated their stance on many legislative and policy issues, speaking out for or against policies and laws requires walking a tightrope–between permissible advocacy and prohibited political campaigning. END_OF_DOCUMENT_TOKEN_TO_BE_REPLACED 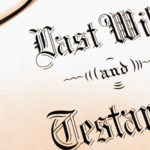 Reynolds Cafferata was one of the members of the legal team honored with a Clay Award from the Daily Journal and callawyer.com for ground-breaking legal work in the Estate of Duke.

In the Estate of Duke, the California Supreme Court held that a will with unambiguous terms can be reformed to reflect the testator’s true intentions. The decision reversed decades-old precedents and hundreds of years of common law. A cardinal rule of interpreting a person’s will was that if the language of the will was clear on its face, no matter what evidence was produced that showed that the will did not follow the decedent’s intentions, the terms of the will could not be altered. END_OF_DOCUMENT_TOKEN_TO_BE_REPLACED